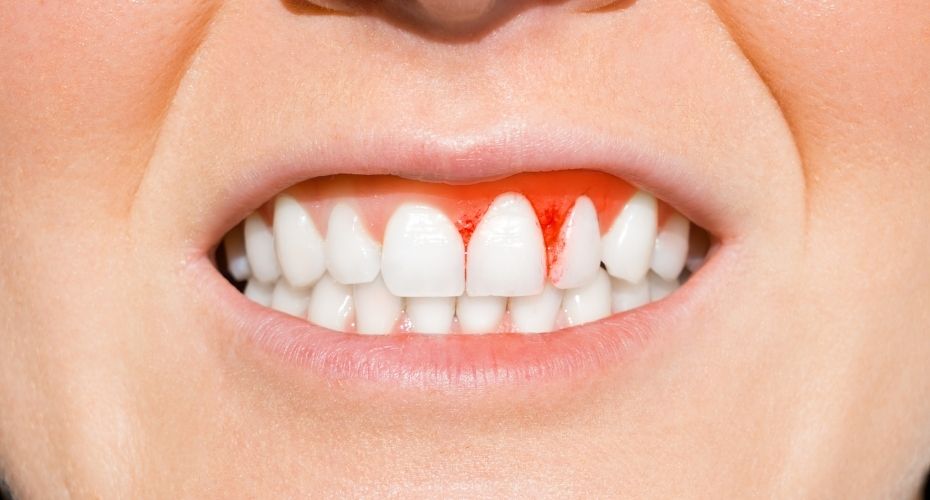 Gingival recession is the receding of the gum tissue surrounding the teeth, exposing the tooth or tooth root. With the recession of the gums, the root surfaces remain exposed, and the teeth look almost elongated. The cause of gum recession may be inflammation, improper teeth brushing, similar bad habits or developmental-anatomical irregularities as well. After the examination, the amount of gingival recession is evaluated together with the underlying causes, and operations are planned to stop the progression of the recession and close the exposed root surface.

How is Gingival Recession Treated?

Treatment can be conducted in two different ways depending on the patient's condition. If the gingival recession is mild, the plaque and tartar formed on the tooth and root surfaces that come out from the bottom are carefully cleaned. Then the surface of the cleaned area is smoothed. This stage is necessary to prevent bacteria from clinging to the surface.

In cases where gingival recession cannot be treated, removable dentures or a number of alternative methods involving aesthetic dentistry can be evaluated.

What Happens If Gingival Recession Is Not Treated?

If gingival recession is not treated, it will deteriorate. In case of deterioration, it can also result in tooth loss, as the soft and hard tissue supports around the intact teeth are lost.

What Happens If Gums Recede?

In cases where gingivitis caused by the accumulation of bacterial plaque is not intervened, they progress to the bone tissue located under the gums and cause bone destruction. As a result of bone absorption, the gum located on top of it also gradually recedes, following the bone, and some gaps are formed between the teeth.

Will Gingival Recession Heal on Its Own?

The problem of gingival recession can only be solved with treatment. With gingival treatment, your receded gums can return to their former position.

What Are the Symptoms of Gingival Recession?

Bleeding in the gums, when brushing teeth or at normal times

Bleeding when eating hard foods (such as apples and pears)

The tooth looks longer than usual

There may be redness or swelling in the gums.

The duration of gingival recession treatment may vary depending on the prognosis of the disease. This period usually varies from 1 month to 1 year.

What Specialty Deals with Gingival Recession?

The Periodontology department of dentistry deals with the treatment of periodontal diseases. A periodontologist decides whether a person needs treatment, based on their complaints and the person's current condition.

In Which Age Groups Does Gingival Recession Occur?

With age, the likelihood of gingival recession increases. Depending on environmental and genetic factors, recession may also occur at an early age.

How to Prevent Gingival Recession?

Performing your oral care carefully is the most basic measure that can be taken against gingival recession. Regular teeth brushing and visits to the dentist at least twice a year are incredibly important for maintaining oral and dental health.

In addition, it is useful to observe the condition of the teeth and gums at regular intervals to notice the changes that have occurred at the initial stage.

Gingival recession treatment cost is determined according to the diagnosis and treatment planned by the dentist.

Periodontal diseases treatment prices are determined according to the which of the following treatment will be chosen: gingivitis, tartar cleaning, gingival recession, dental aesthetics. It also depends on the age of the patient and whether additional treatments are needed for the gums.