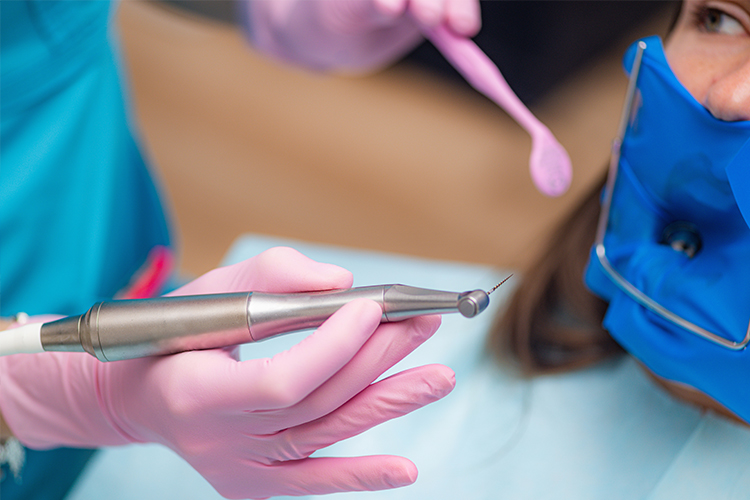 What Is Endodontics (Root Canal Treatment)?

Endodontics is a branch of dentistry. The word endodontics was formed by combining two words in Latin endo, which means "inside", and odont which means "tooth". Endodontics treats the inside of the tooth. It is called ‘root canal treatment’ in Turkish. Inside the tooth, there is a soft tissue called pulp under a hard layer called white enamel and dentin. The pulp contains blood vessels, nerves and connective tissue, and during development forms the hard tissues around the tooth. The pulp extends from the top of the tooth to the tip of the roots, where it attaches to the tissues surrounding the root. Pulp is important during the growth and development of a tooth. However, once a tooth is fully mature, it can also live without pulp because the tooth continues to be fed by the tissues surrounding it.

If your dentist or endodontist recommends root canal treatment to treat a damaged or diseased tooth, you don't need to worry. Millions of patients' teeth are saved with canal treatment, their pains are eliminated and the teeth become healthy again.

A modern root canal treatment is very similar to a routine filling and can usually be completed in one or two appointments, depending on the condition of your tooth and your personal situation. Canal treatment is relatively painless and extremely effective.

There are many advantages to recovering a natural tooth with root canal treatment:

What Is Root Canal Treatment?

How To Know If You Need Root Canal Treatment?

What Are The Stages Of Canal Treatment?

What Should We Pay Attention to During Canal Treatment?

Patients should not eat and drink anything until the effect of anesthesia wears off. During treatment, hard foods such as nuts and sticky foods such as gum should be avoided in the area of the treated tooth. Tooth fracture is mostly observed between sessions. Temporary filler should not fall off between treatment sessions.

Is There Pain During and After Canal Treatment?